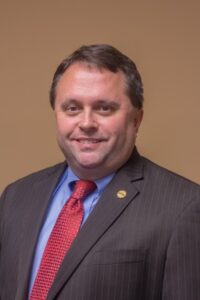 Frank Volunteered on his first Republican campaign while a student at N.C. State University in 1992. Although his candidate, a fellow NCSU student, lost the primary, Frank was hooked and has been consistently involved since that time. He served as Central North Carolina Field Director for the Dole-Kemp ’96 Presidential Campaign. Frank worked as Political Director on Fred Smith’s successful campaign for N.C. Senate in 2002, when Smith handily defeated a longtime Democrat incumbent. He managed former Wake County Commissioner Les Merritt’s successful campaign for State Auditor of North Carolina in 2004. 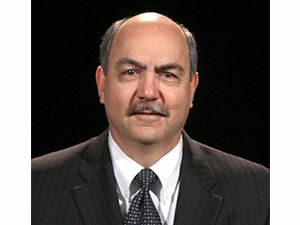 Neil Moore has worked as a political campaign consultant for several years, specializing in developing first-time candidates.  His clients have successfully won city council and state legislative seats in North and South Carolina.  Neil has worked with numerous presidential, gubernatorial, congressional, legislative and local campaigns.  He is a member of the North Carolina Republican Party Hall of Fame.

Neil has been active in Republican politics for nearly thirty years, having served as the chairman of both the Ninth (2010-2012) and Tenth (2012-2013) Congressional District Executive Committees.  He previously served as Ninth District Vice Chairman and Gaston County Republican Party Chairman. Elected four times, he holds the distinction of being the longest-tenured chairman in Gaston GOP history.  Neil also served on the Ninth and Tenth U.S Congressional District GOP Executive Committees and as a Precinct Chairman, Township Chairman, and county Vice Chairman.  He was a member of the Gaston County Young Republicans in the early 1990’s, where he took an active part in voter registration and campaigns.  Neil co-hosted a weekly one-hour political affairs program on Radio Station WZRH (960 AM).

In addition to his work as a political consultant, Neil was previously self-employed as a sales and merchandising representative for consumer product companies.  He previously worked in radio broadcasting and retail merchandise management. Neil is a member of the Montcross Area Chamber of Commerce in Belmont and served on the Board of Directors of Community Link NC, a non-profit organization that enables working poor individuals and families to obtain and sustain safe, decent, and affordable housing.  He chaired the Community Link Marketing and Development Committee from 2010-2015 and still volunteers as a member. He is a member of the National Rifle Association, and a former member of Rotary International and Sertoma International civic clubs. Neil is an active member, deacon and teacher at Hickory Grove Baptist Church in Charlotte.

Neil attended Mars Hill College (now University) and was selected as one of the Outstanding Young Men of America in 1985.  He is a native North Carolinian, born in Iredell County, and resides in Belmont, North Carolina.